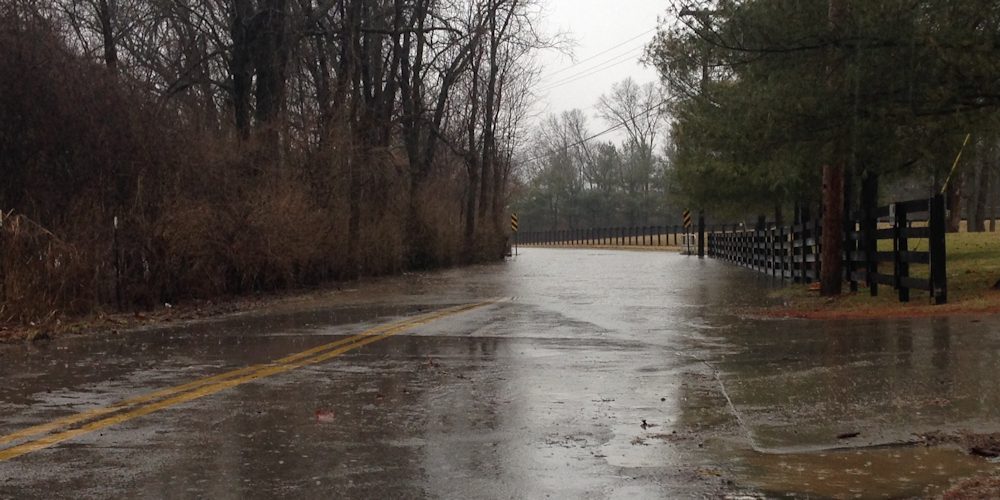 Persistent light to moderate rainfall early this morning may lead to some rivers and creeks rising to near bankfull. Later this afternoon, as a cold front moves through the region, it may spark thunderstorms which would bring a better chance for brief but heavy rainfall. These waves of rain falling on saturated ground will increase the potential for areal flooding.

Expect to see area rivers and creeks to rise to bankfull and a few over flood stage. An additional one to two inches of rainfall likely will fall over the watch area by this evening.

After a round of light to moderate rainfall today, a couple more waves will come in Wednesday night and Thursday. These next rounds falling on saturated grounds will increase the potential for area flooding.

Expect to see area rivers and creeks to rise to bankfull and a few to flood stage. Rainfall totals in the watch area likely will range from 2 to 4 inches, with locally higher amounts possible.

You should monitor later forecasts and be alert for possible Flood Warnings. Those living in areas prone to flooding should be prepared to take action should flooding develop.

Here’s the latest briefing from the National Weather Service in Louisville.