Many Kentucky drivers will encounter at least one work zone during their daily travels and a split second of driver inattention can turn a highway work zone into a death zone.

“Titus Morris and Chris Adams are two names that may not be widely known,” said Governor Matt Bevin. “Titus was a son and brother as was Chris in addition to being a husband and father to two daughters. Both worked out on the roadways for the Kentucky Transportation Cabinet. They are among the 93 workers who have died in the line of duty over the past 50 years. In honor of Work Zone Awareness Week, I encourage all Kentuckians to be extra mindful of the people out there working on our roadways. We all hold that responsibility, because we are Kentucky.”

The cabinet is hosting events across the state to highlight the safety message and has produced videos and radio spots featuring Transportation employees and children of employees. The videos are posted on the KYTC YouTube page and will be posted on KYTC’s Facebook and Twitter pages using #93AndNoMore. The radio public service announcements ask drivers to be “work zone alert.”

“Inattentive drivers are not prepared for sudden decreases in speed and last-minute lane changes,” said KYTC Acting Secretary Greg Thomas. “We always encourage drivers to pay attention and ask for them to be extra-alert when entering a work zone.”

National Work Zone Awareness Week is the traditional start of construction season, when the number of workers on roads and highways increases. Cabinet engineers and contractors work to design projects and work schedules that minimize delays and crashes.

According to the Federal Highway Administration, on average, one person dies every 13 hours and one person is injured every 13 minutes in a work zone in the United States.
“We’re asking drivers to consider the families,” said Acting Secretary Thomas. “They want their loved ones home safe each night.” 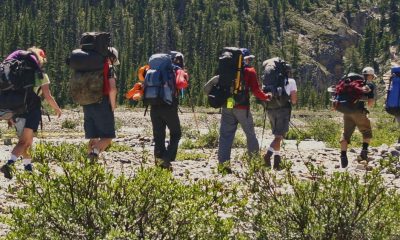 Be Ready for Summer Hiking and CampingTrips

Set your clocks ahead on Sunday – Make a home safety check