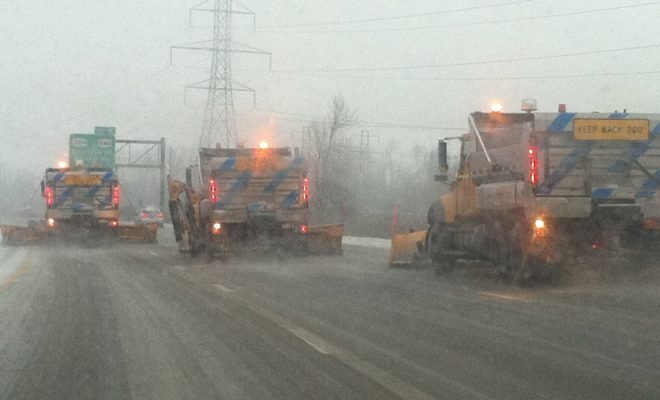 District 7 crews will report Tuesday, December 12, at 4 a.m. to begin patrolling and treating routes as necessary. Contractors will also arrive at intervals during the morning hours to assist. Contractor trucks supplement the highway maintenance crews to ensure that roads are in the best possible condition.

The recent forecast indicates that flurries will be appearing tonight and through Tuesday morning. There is a potential for icy areas as temperatures decline when combined with moisture. Motorists should remember that bridges, exit and entrance ramps can be icy when other areas are not.

A layer of treatment remains on routes from inclement weather on Saturday. The anti-icing agents utilized by state forces assist with treating roadways prior to and during winter events. Variables such as pavement temperature, air temperature, intensity and time of precipitation are factors to be considered for each winter event.

Priority A routes include major routes and those most heavily traveled such as interstates, which receive the highest priority for snow-clearing efforts. Priority B and C routes include other important, but lesser-traveled state routes.

Set your clocks ahead on Sunday – Make a home safety check

DEM BloggerMarch 12, 2022
Read More
Scroll for more
Tap
Be Ready for Winter Weather Today
YOU are the help until help arrives