The National Weather Service reports that confidence grows in widespread rainfall across our region from New Year’s Eve through New Year’s Day. There is still some uncertainty in the placement of the heaviest rainfall axis, but right now, it appears to be across central KY where 2 to 3″ amounts will be typical, with some amounts up to 4″ possible. This will likely lead to some flooding concerns, along with rises on area streams, creeks, and rivers. Nighttime flooding is especially dangerous, particularly since it will be New Year’s Eve. NWS will likely issue some sort of Flood Watch within the next 24 hours unless the forecast changes significantly. Until then, you can refer to the latest hydrologic outlook for more information.

The secondary threat of severe storms is lower confidence, but still something to monitor. Isolated instances of damaging winds and perhaps a few tornadoes cannot be ruled out, especially across southern KY. Hopefully, this threat will be mitigated by the lack of a more unstable atmosphere, but there are still two camps of data that are reducing confidence. 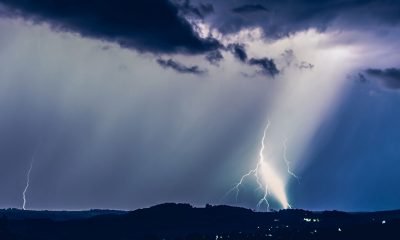 Expect strong storms on Tuesday, May 3