“Rockets are the most complex munitions in our stockpile,” said Dr. Candace Coyle, BGCAPP site project manager. “We are eager to see this portion of the chemical weapons in Kentucky destroyed. The team is focused and ready to accomplish the mission safely.”

Under the observation of trained operators, automated equipment will disassemble nearly 18,000 rockets and drain the chemical agent. The agent will be neutralized by mixing it with water and caustic to produce hydrolysate. After the agent is confirmed destroyed, the hydrolysate will be pumped to holding tanks to be processed later at an off-site disposal facility. The drained rocket warheads will be containerized and destroyed in a Static Detonation Chamber unit located on the depot. The rocket motors will be placed on pallets and safely transported to Anniston, Alabama, to be destroyed in a Static Detonation Chamber unit.

Throughout the campaign, the BGCAPP team will work closely with BGAD and Blue Grass Chemical Activity (BGCA) partners to destroy the chemical weapons.

“The professionalism, leadership and day-to-day level of teamwork between Team BGAD continues to demonstrate a superior level of capability and expertise between all parties,” said Col. Stephen Dorris, BGAD commander. “I couldn’t be prouder of the focused intensity going into the effort to quickly and safely rid Madison County, the Commonwealth of Kentucky, the United States and the people of planet earth, from the threat of chemical weapons.”

“Blue Grass Chemical Activity is proud to be a part of the team that continues to make history as we support our nation’s commitment to destroy the chemical weapons stockpile,” said Lt. Col. Edward Williams, BGCA commander. “Even while we supported the destruction of VX projectiles at BGAD this past May while operating under COVID-19 pandemic precautions, BGCA personnel were at the same time preparing to support transport of VX rockets for the mission.”

“The start of VX rocket destruction in Kentucky is an important step toward fulfilling the United States’ commitment to the Chemical Weapons Convention,” said Michael S. Abaie, program executive officer for Assembled Chemical Weapons Alternatives. “Our teams are working diligently to eliminate an entire category of weapons of mass destruction, with safety always at the forefront.”

“The start of VX rocket destruction is a big step forward for BGCAPP,” said Doug Hindman, Kentucky Chemical Demilitarization Citizens’ Advisory Commission chair. “Their successful destruction of projectiles should give workers the experience to tackle the more dangerous rockets.”

As of July 2, more than 28% of the original 523 tons of chemical agent have been destroyed in Kentucky. 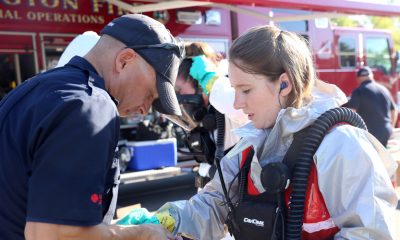 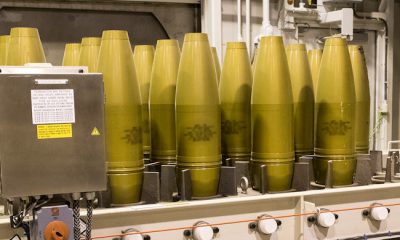 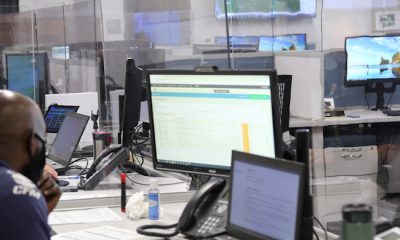 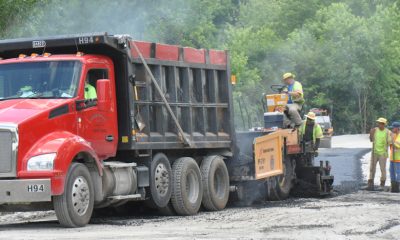 John BobelJune 17, 2021
Read More
Scroll for more
Tap
Fayette County Siren Testing Today at 10am
Be Ready for Back to School Days